This is the fourth in a series of five stories taking a closer look at Kentucky statistics from the 2017 Census of Agriculture.

“The county figures in the Ag Census speak to the remarkable productivity of Kentucky’s farmers across much of the Commonwealth,” Agriculture Commissioner Ryan Quarles said. “They demonstrate the strength, diversity, and resilience of Kentucky’s farm economy. They also show that there is plenty of room to grow.”

Among the Kentucky county highlights of the 2017 Census of Agriculture:

The Census of Agriculture provides a detailed picture of U.S. farms and ranches every five years. It is the leading source of uniform, comprehensive agricultural data for every state and county or county equivalent. Census of agriculture data are routinely used by agriculture organizations, businesses, state departments of agriculture, elected representatives and legislative bodies at all levels of government, public and private sector analysts, the news media, and colleges and universities. To find out more about the Census of Agriculture, go to nass.usda.gov/AgCensus.

The NASS Kentucky field office is operated in cooperation with the Kentucky Department of Agriculture. 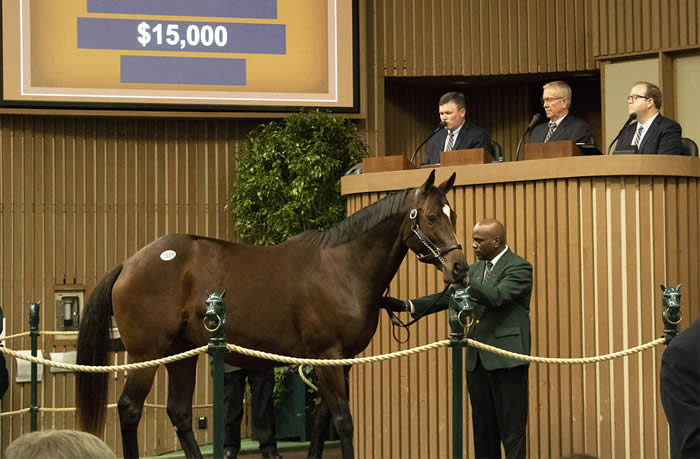 A horse is auctioned at the 2018 Keeneland November Breeding Stock Sale. Fayette County led the state in equine inventory in 2017. (Kentucky Department of Agriculture photo)