Paul, a graduate of Bourbon County High School, is studying at Bluegrass Community and Technical College in Lexington.

"I applaud Nelson Paul, a kid from a Kentucky ag family, for stepping up to the plate to join the Kentucky Department of Agriculture in our fight against hunger," said Commissioner Quarles. "This donation just goes to show you that, no matter your age, you can make a difference."

Commissioner Quarles launched the first-of-its-kind Kentucky Hunger Initiative and formed the task force in 2016 to bring together farmers, businesses, charitable organizations, faith groups, community leaders, government entities, and others to study food insecurity in Kentucky and take an inventory of the resources that can be brought to bear against the problem.

"Nelson's gift will allow us to fill half a plate full of fruits and vegetables for over 50,000 meals for our neighbors at risk of hunger," said Tamara Sandberg, executive director for KAFB. "Kentucky is truly blessed to have hard-working young individuals like Nelson working to fight hunger."

Map the Meal Gap 2017, an annual study by Feeding America, revealed that one in every six Kentuckians – including one in five children – was food insecure in 2015, meaning that consistent access to adequate food is limited by a lack of money and other resources at times during the year.

For more information about the Hunger Initiative and the Hunger Task Force, go to kyagr.com/hunger. 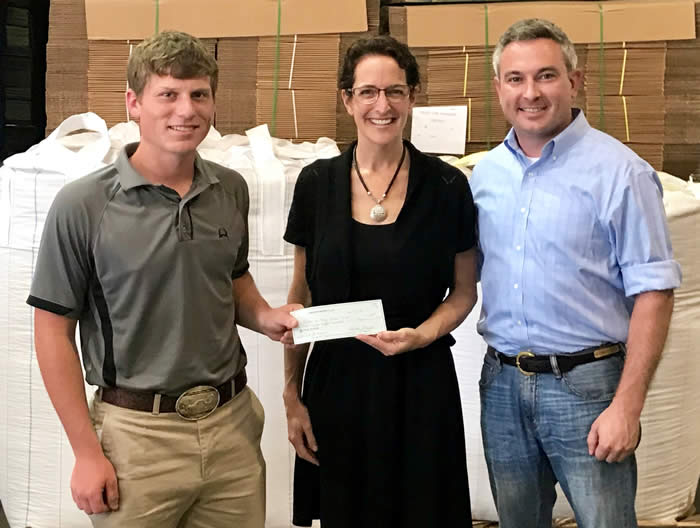