“These one-of-a-kind beers showcase the talent, creativity, and hard work of our craft brewers and farm families,” Agriculture Commissioner Ryan Quarles said. “Our craft beer industry is generating millions of dollars in economic activity and hundreds of jobs. I am proud to say this partnership resulted in more than 1,700 pounds of Kentucky Proud products in craft beers this year. Projects like these, which result in new market opportunities for our farmers, display the continued strength of the Kentucky Proud brand.”

The participating breweries and their special releases include:

• Against the Grain Brewery, Louisville, Farmhouse Lager with peaches and herbs

Kentucky has more than 60 craft breweries and microbreweries that generate more than 800 jobs with an economic impact of $657 million a year, according to the Kentucky Guild of Brewers. Last winter, the Commonwealth’s craft brewing industry got a lift from the Kentucky General Assembly when it passed legislation, later signed by Gov. Matt Bevin, that eased limits on the amount of packaged beer that breweries can sell to individual customers.

To find out more about Kentucky’s burgeoning craft brewing industry, go to the Kentucky Guild of Brewers website at kygbrewers.org. 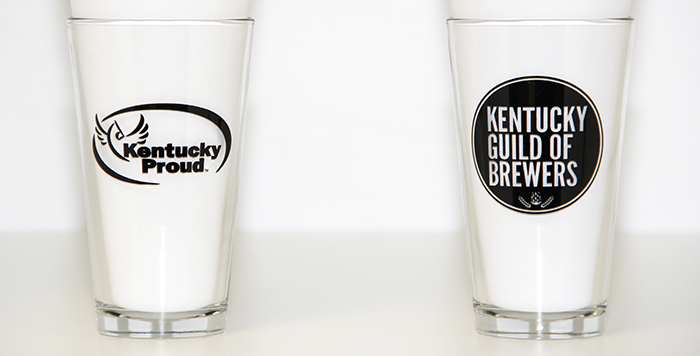 Download a photo of the Kentucky Proud-Kentucky Guild of Brewers glass.