“Commissioner Quarles and the Kentucky Department of Agriculture have been tremendous partners in our efforts to support America’s farmers, from our new Waters of the U.S. definition to reducing food waste,” said EPA Administrator Andrew Wheeler. “Kentucky farmers care deeply about their land and our environment, and thanks to Commissioner Quarles’ leadership, we are working closely with them to protect our natural resources and support local economies.”

“I am proud to welcome EPA Administrator Wheeler back to the Sixth District of Kentucky, and I thank my friend Commissioner Ryan Quarles for including me in today’s roundtable discussion,” said U.S. Representative Andy Barr. “It is imperative that we continue to address the needs of our rural communities. I appreciate the Administration’s dedication to decreasing burdensome regulation, encouraging pro-business policy, and increasing economic growth, particularly in our agricultural communities.”

On December 11, 2018, Administrator Wheeler and the EPA announced a proposed rule revising the definition of "waters of the United States" (WOTUS) to clarify federal authority under the Clean Water Act in a clear and understandable way. The agency’s proposal is the second step in a two-step process to review and revise the definition of “waters of the United States” consistent with the February 2017 Presidential Executive Order entitled “Restoring the Rule of Law, Federalism, and Economic Growth by Reviewing the ‘Waters of the United States’ Rule.” The proposed definition would replace the approach in the 2015 Rule and the pre-2015 regulations. Commissioner Quarles attended the unveiling of the new WOTUS rule in December.

“The new WOTUS rule is a step in the right direction for Kentucky agriculture,” said Commissioner Quarles. “It is much improved over the anti-business and anti-agriculture regulatory regime put in place by the previous administration. I thank Administrator Wheeler for working with the agricultural community, which saw this rule as a threat to our way of life.”

An Obama-era regulation, WOTUS significantly expanded the definition of "waters of the United States" and "navigable waters" under the Clean Water Act. National and state agricultural organizations, including the American Farm Bureau Federation and Kentucky Farm Bureau, said the 2015 rule placed an undue burden on American farmers and advocated for its replacement. 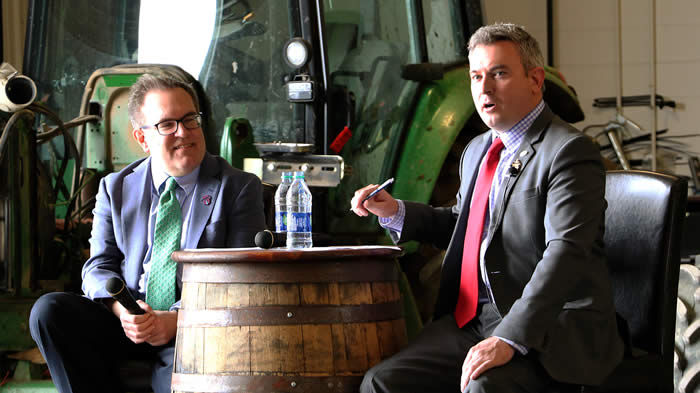