“As the United States-Mexico-Canada Trade Agreement begins to go in effect today, many Kentucky farm families are grateful for trade certainty among our nation’s two largest trading partners,” Commissioner Quarles said. “For our agricultural producers, the agreement modernizes and strengthens food and agriculture trade. I am grateful to President Trump and Secretary of Agriculture Sonny Perdue for understanding the importance of this agreement to our agricultural producers.

The U.S.-Mexico-Canada Agreement (USMCA) begins a new chapter for trade between the three countries. The agreement is a renegotiation of the North American Free Trade Agreement (NAFTA) providing stable access to the Canadian and Mexican markets, providing increased growth in the U.S. economy.

According to the National Association of State Department of Agriculture, USMCA modernizes trade relations between the three countries by:

“These improvements are critical to the success of today’s farming families – especially during the coronavirus pandemic,” Commissioner Quarles said.

Annually, Kentucky exports total $29.1 billion worldwide; of that total Kentucky’s exports $213 million agriculture products to Canada and another $49 million to Mexico. The goal of the new agreement is to increase those numbers.

“America makes and grows the best products in the world. In Kentucky, our farmers and agribusinesses take pride in our long history of providing food and fiber for not only the Bluegrass State but for other countries as well,” Commissioner Quarles said. “We look forward to continuing the work at home by connecting our farmers to new and existing markets.”

Kentucky will work alongside NASDA to ensure full implementation and enforcement of this trade agreement. Commissioner Quarles serves as NASDA’s vice president.

NASDA members and their counterparts from Canada and Mexico have also advocated for the USMCA since the signing of a tri-lateral statement during the 2017 Tri-National Accord. The U.S. will host the 2020 Tri-National Accord and celebrate progress made through the USMCA. 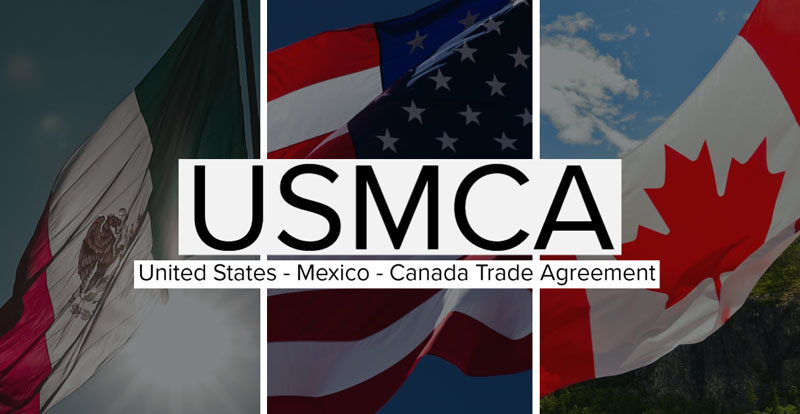